Cullercoats Seniors eased their way to a final away win of the season against Wallsend Boys Club Seniors. 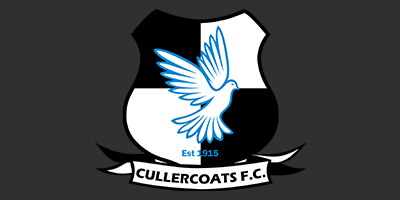 On Wednesday 1 May 2019, Cullercoats travelled to Wallsend Boys Club in the last away game of their Northern Alliance First Division season.

The early stages were tightly fought, but it was Cullercoats who broke the deadlock on 25 mins when Phil Smith delivered a superb driven ball into the box, which was headed into the net by Hylton Hub to make it 1-0.

Two minutes later the lead was doubled when Chrissy Connor crossed from the right and sent the ball over the top of the outstretched keeper and into the top far corner of the net to make it 2-0.

Wallsend pulled a goal back on 37 mins when they stole the ball in a central position about 25 yards out and chipped keeper, Dan Gladstone.

On 43 mins, Phil Smith restored the two goal advantage when he dispatched an excellent shot past the home keeper to make it 3-1 at the break.

The second half was quite tight, but on 71 mins, Dan Hindmarsh broke free into the box and was brought down. The referee awarded a penalty kick which was scored by Dillon Blake with an excellent finish into the left corner to make it 4-1.

Dan Gladstone made a superb one-handed save to his right late on to maintain the three goal advantage. The game ended 4-1.

Cullercoats now have a free weekend, before wrapping up their league season at home to Felling Magpies on Saturday 11 May 2019, kick off at 2.30pm.

A win will seal promotion to the Northern Alliance Premier Division. The team won the Combination Cup on 25 April and have a Minor Cup Final to look forward to against Blyth Town at St. James’ Park on Thursday 23 May 2019, in what has been a very successful season for young manager, Daniel Iredale, his staff and the team.