During the Club Annual General Meeting, Scott Mason was appointed as Club Chairperson. 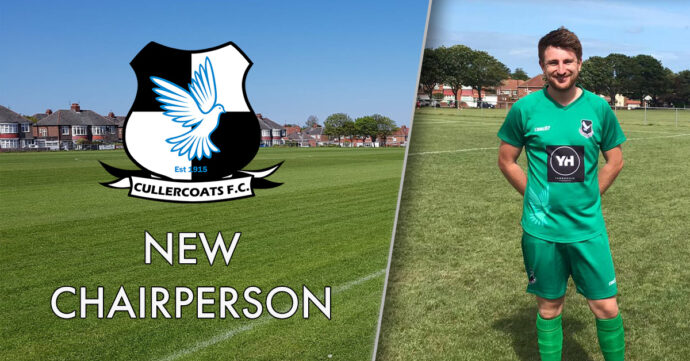 Scott joined the Club as a player ten years ago and has been a part of the Management Committee for the last four years. He will replace outgoing Chairperson, Gary Stephenson, who has been in the role for the last 18 years (read more here). Speaking of Scott’s appointment, Gary said,

“I’m delighted that Scott has succeeded me as Club Chairperson. He has worked alongside me as part of the Management Team for the last four years, in the role of Club IT Officer. Scott has also actively supported the ongoing Club Development Plan since Phase 1 commenced in 2020.

I have also coached Scott as a player and he remains a key member of our Senior team. Scott has tremendous potential as a senior leader and he fully understands the operational workings of the Club.

I wish him every success in the future”.

Scott’s appointment comes during a period of transition for the Club, on the back of a restructure of the Senior section, and the beginning of Phase 2 of the Club Development Plan. The mini-soccer, junior and youth sections of the Club are in the strongest position they have ever been, and it’s increasing the demand for improved facilities at the Club.

“I’m extremely honoured to be taking over from Gary as Chairperson of the Club I have been a part of my entire adult life.

Gary has done fantastic work for the Club during his tenure, and the local community is all the better for it.

I’d like to personally thank Gary for everything he’s done for both Cullercoats Football Club, but also me personally over the years. Gary was my Team Manager while I transitioned from youth to adult football through the U21s. Gary helped me grow tremendously not only as a player, but in every day life as well.

Over the last ten years since I joined Cullercoats, I’ve seen the Club make large strides forward on the pitch. The coaches and volunteers involved in making this happen deserve huge amounts of praise. As a current Senior team player, I am somebody who has greatly benefitted from the work of those volunteers. I hope with our upcoming development ambitions, we can deliver the same progress off the pitch as well.”

With the Club hoping to make strides forward in our Development Plan over the coming year, it’s going to be a busy time for all involved at the Club. We are still actively looking to recruit more volunteers. If you believe you have skills you can offer, please contact us at contact@cullercoatsfc.co.uk.

We will share a full report on the outcomes of the Club’s Annual General Meeting in the coming days. This will detail the Club’s current position, appointments and resignations from the Management Committee, alongside current vacancies, as well as the Club’s future ambitions.