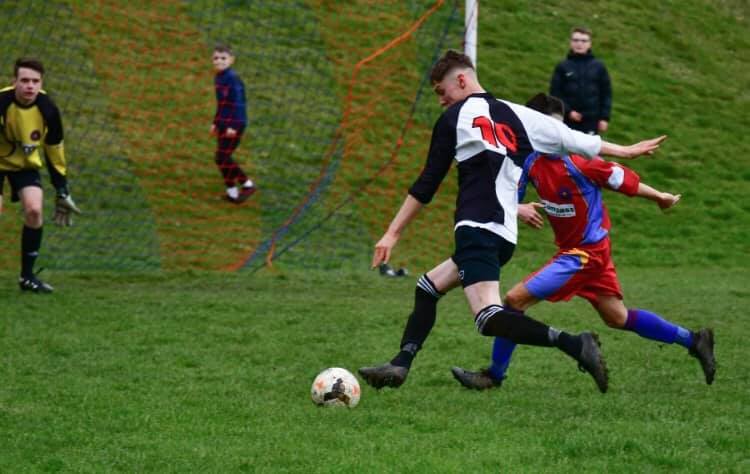 In a clash between the top two teams in division 3 Cullercoats put Cramlington to the sword in a dominant 2nd half display to get their Steve Coxon cup campaign off to a flying start.
Cullercoats dominated the early stages but couldn’t make a breakthrough due to some poor final balls and finishing. A poor 10 minute spell saw Cramlington take the lead on 25 minutes when Karl conceded a cheap free kick on the left and we were punished thanks to some poor defending from the set piece. This did seem to stir the lads into action and the ever dangerous Andy Tallen finally equalized with a thunderous left footed finish after a period of cullercoats pressure. Right on the stroke of Half time Tallen turned provider with a glorious back heel which released Alex Mcewen and his left footed finish found the bottom corner to give Cullercoats a narrow lead at the break. At half time we introduced a couple of attacking players with Lumi Ballabanaj and Kian Parker both given 45 minutes to impress. Just 7 minutes into the Half Ballabanaj was fouled on the right and the resulting free kick was whipped in by Tallen then met by a deft Touch from Robbie Watson to notch his first goal of the season. Cramlington now appeared to be throwing in the towel and just 3 minutes later Tallen chalked up his 30th goal of a vodka fueled season with another typical thumping strike. On 63 minutes Tallen was at it again beating the offside trap and finishing well for 5-1. The goal spree continued 5 minutes later when Robbie advanced from left back and squeezed in number 6 from an almost impossible angle. Ballabanaj added number 7 with a great free kick from 25 yards after a short spell in the sin bin. There was even time for Cairnsy to pull off a late penalty save after Martin Cobley conceded the spot kick following a shoulder to shoulder challenge which the referee saw differently. A great win today over a depleted Cramlington side (they will be much stronger with senior players to come in) our defending was superb with Thomas Patterson in particular impressing at the back winning every challenge and using the ball well. In midfield Lewis and Martin in particular ran the show as Cobley consistently robbed the home side of possession. In attack Tallen again showed the ability he has with another 3 goals and 2 assists the lad can go far if the penny drops and the hard work starts. Mcewen was a constant threat on the left while James Bromham was excellent first half on the right and unlucky to be subbed at half time to give everyone some playing time.
Mom: Cobley