Read a summary of the Club’s Annual General Meeting. 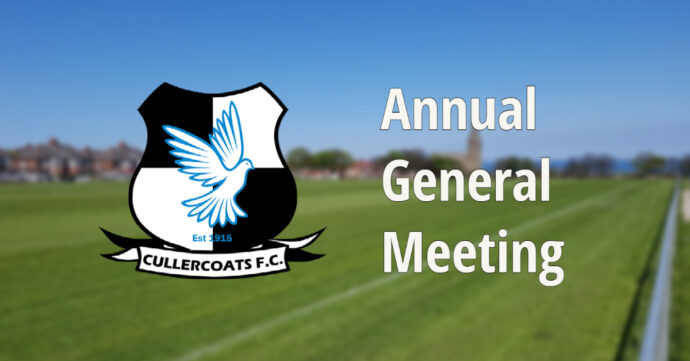 This year’s Annual General Meeting (AGM) largely focused on new personnel within the Management Committee, as well as the Club’s development ambitions.

A summary of the 2021/22 season was given as follows. The mini-soccer (development to U10) and junior (U11 – U16) sections of the Club are in the strongest position they have ever been.

Following a tough season for both the Senior and Reserve sides, in the Northern Alliance Premier and Second divisions respectively, Gary Stephenson confirmed the decision that was made at the June management team meeting to fold the first team from the Premier division and continue with a single senior mens side in the second division (read more here). The Ladies team continue to thrive in their league, for which Sid Cameron was greatly credited for his management of the side.

The Management Team will now look to establish a Welfare team in order to support best practice across the Club. If you believe you have the necessary skills to support this team, please get in touch.

Craig Williamson will remain as the Club Secretary, with a focus on Under 11 to Under 16. He will be supported by two Assistant Secretaries, Mark Goodwin at Under 7 to Under 10 level, and John Symons at Senior level.

Mark Goodwin will continue his role as Coaching Development Officer.

Claire Shorting will continue her role as School Liaison Officer and Kit Coordinator.

Scott Mason will continue his role as Media & IT Officer alongside his new role as Chairperson. Scott recommended to the group that the Club seek to recruit a Social Media Manager into a non-management position.

Kevin Anderson, Paul Carr, Steven Patterson and Claire Shorting will all continue in their roles of Management Team Member. Richard Mitchell and Johnny Watson have stepped down from the same role.

The Club Constitution and Club Rules were re-adopted for another season. Neither document has any changes from the previous season. It was noted that we may need to review our Club Rules document to ensure we adopt everything contact in the new FA Respect Code of Conduct. All England Football Accredited Clubs (the replacement for FA Charter Standard) are required to adopt the Code of Conduct.

John Symons, Treasurer, gave a report of the Club’s current financial position. The Club is in a strong position to begin the investments necessary for the Club Development Plan. The group discussed the necessity for budgeting our income to ensure we’re reinvesting where we can into the Club.

Julieanne Caie, Club Development Officer, gave an overview of the Club’s Development Plan. We are currently in Year 2 of a five-year pitch improvement programme, which we are already starting to see the benefits of. Links Avenue has seen significantly fewer games cancelled due to weather conditions.

The Club is about to embark on Phase 2 of the Development Plan. This will entail either a new building erected at Links Avenue, or a renovation and extension of the current building. The Management Team will establish a Development Group to focus solely on the Club Development Plan.